House of the Bronzes: A Treasure of Metal Objects from the Fatimid Period in Tiberias

Approximately 1000 bronze objects were discovered inside three large storage jars exposed in Tiberias during excavations of the Institute of Archaeology, under the co-direction of the late Professor Yizhar Hirschfeld and Dr. Oren Gutfeld.

Jammed inside two of these jars was a spectacular treasure trove of bronze objects, parts of vessels, pieces of metal, metal scrap that was prepared for remelting, coins, and one glass object.

One coin of Michael VII (1071-1078 CE) sets the end of the Fatimid period as the latest date of this treasure. The architectural remains are indicative of the city's sophisticated urban planning and economic prosperity at this time; historical sources inform us that Tiberias boasted many marketplaces and industries that also served the surrounding villages, and it was also known for its therapeutic springs.

Although the material culture in Tiberias is not mentioned explicitly in these sources, this treasure joins four others, also containing jewelry and gold coins, discovered in the city's excavations in recent decades.

Many questions arise as to who the owner of this cache was and the reason it was placed inside the storage jars. Archaeologists at the Institute are investigating the answers to these questions through careful examination of the objects in their historical context. 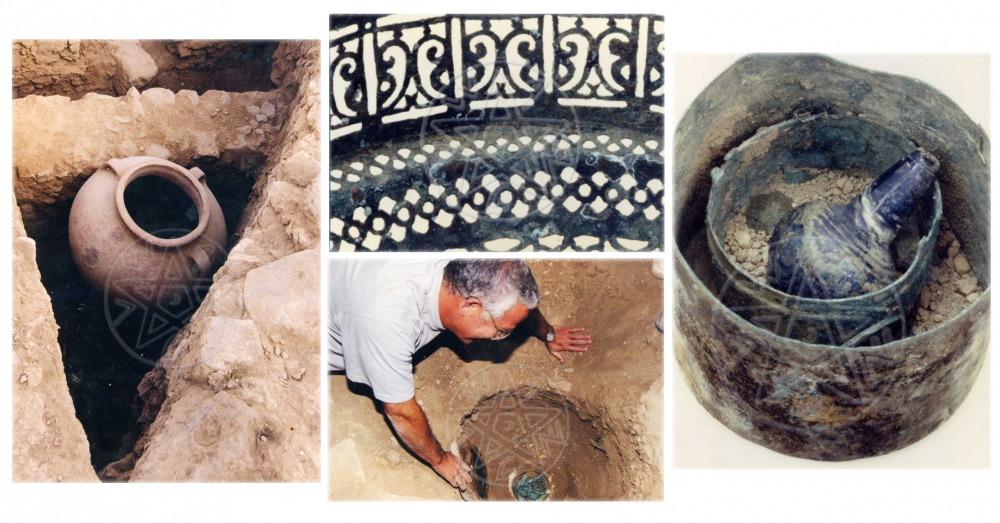