Chief Curator: Gila Hurvitz
Assistant Curator: Daphna Tsoran
The Bet Shean excavations, among the largest archaeological undertakings in Israel to date, began in 1980 under the direction of Professors Gideon Foerster and Yoram Tsafrir on behalf of the Institute of Archaeology of the Hebrew University.
Hellenistic Scythopolis was founded in the first half of the third century BCE. As one of the strongholds of Hellenism in the Land of Israel, it later became one of the Greco-Roman cities of the Decapolis. Talmudic literature continued to call the city "Be(t) Shean," which was the biblical name of the site; the city's Arabic name, "Beisan," is also derived from it. Roman Bet Shean's architectural layout exhibits the tradition of Roman orthogonal urban planning, which was adapted to the local topographical conditions. In the fourth and fifth centuries CE, with the triumph of Christianity and an increase in population, the city underwent a number of changes: Roman buildings and monuments were destroyed, others went out of use, many statues were removed, and a central church was erected.
In 635 CE, the Muslims conquered the important centers of the Land of Israel and Syria even though many of the inhabitants apparently remained Christian. The transition from the Byzantine to Islamic periods-from Scythopolis to Beisan-was not marked by trauma and crisis but seems to have exhibited continuity. This is illustrated, for example, by the interesting discovery of balance scales in one of the shops: one side bears Greek numerals and the other, Arabic letters. In the 8th century Bet Shean was destroyed by an earthquake, which is amply documented in both literary sources and rich archaeological finds. On the basis of various calculations, scholars have pinpointed the event to January 18, 749 CE.
The exhibition "From Scythopolis to Beisan" captured the final moments of the city before its destruction. A model of a street lined with shops in the reconstructed suq displays the site's artifacts as merchandise for sale-oil lamps, agricultural tools, pottery vessels and gold jewelry-as if they were in their original context. Visitors to the exhibition could walk on this street and see before them a replica of the gate inlaid with its original mosaic inscriptions, and "window-shop" for the various items that were placed on sale that fateful morning in January 749.
The Max and Iris Stern Gallery, Mount Scopus - June 2005 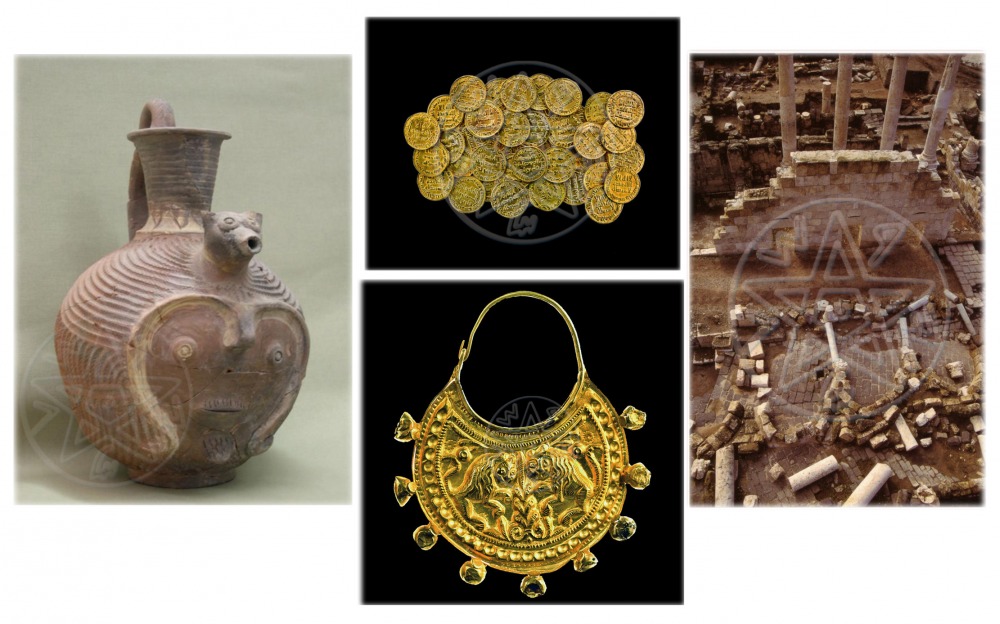