The City of David: Discoveries from the Excavations

Curator: Gila Hurvitz
The City of David excavations were conducted from 1978 to 1985 under the direction of the late Professor Yigal Shiloh on behalf of the City of David Society (founded by the Institute of Archaeology), the Israel Exploration Society, the Jerusalem Foundation, and a group of South African sponsors headed by Mr. Mendel Kaplan, the principal initiator of the Society and its excavations.
The Institute of Archaeology's exhibition focused on the discoveries from the beginning of settlement on the Eastern Hill up to the destruction of Jerusalem in 70 CE. The city wall, whose construction dates back to the 18th century BCE, was the major discovery from the Middle Bronze Age. The remains of three towers built in this period to guard the spring and the pool were also exposed. The transformation of Jebusite Jerusalem into the capital of the United Monarchy in the 10th century BCE, as described in the Bible, becomes clear in the city plan from this period. After David conquered Jerusalem and changed its name to "The City of David," Solomon proceeded to complete the project begun by his father, including the Temple and the royal palace.
The final stage in the Kingdom of Judah's history is reflected in the remains of five dwellings that were destroyed with the city in 586 BCE. The destruction layers sealed a large quantity of finds, shedding light on various aspects of Jerusalem's material culture - domestic utensils, kitchenware, epigraphical material, flat iron arrowheads typical of the Israelite period, and bronze "Scythian" arrowheads used by foreign armies. These remains of warfare and fire may be connected to the Babylonian King Nebuchadnezzar's siege of the city in 586 BCE.
A group of 51 clay bullae bearing Hebrew seal impressions and used for sealing documents and letters was the first discovery of such an assemblage in a stratigraphical context. Figurines are among the most common finds from the Iron Age, and despite the biblical prohibition against making idols there is hardly a site in Judah that did not yield this art form. The assemblage of about 1500 figurines from the City of David excavations is very diverse. Known in Aramaic as "Yehud Medinta," this Persian province was granted permission to mint its own coins. The name of the province, "YHD" or "YHWD," appear on these coins, at times together with that of its governor. The City of David excavations uncovered a large group of this provincial administration's official seal impressions.
The population of Jerusalem in the early Hellenistic period in all probability concentrated on the Eastern Hill. In the Hasmonean period, Jerusalem became the capital of the kingdom and its civic center moved to the "Upper City" on the Western Hill. The numismatic finds include Ptolemaic, Seleucid, and Hasmonean coins of various rulers of this dynasty.
The destruction of the Second Temple in 70 CE, at the close of the Great Revolt against Rome, shows signs of a fierce fire and total ruin. A wide variety of pottery vessels generally in use from the second half of the 1st century BCE until 70 CE, was found here, as were typical stone vessels from Jerusalem, coins of the Roman procurators, and a coin from the Revolt.
Institute of Archaeology Exhibition Hall, November 1989
Philip & Muriel Berman Museum of Art, Collegeville, PA, USA, March 1991
The Harvard Semitic Museum, November 1991
Cobb Institute of Archaeology, Mississippi State University, MS, USA January 1992
Mizel Museum of Judaica, Denver, CO, USA, September 1991
Royal Ontario Museum, Toronto, Canada, April 1993
Narodni (National) Museum, Prague, The Czech Republic, June 1995
Biblical Open Air Museum, Nijmegen, The Netherlands, December 1995
Bible Lands Museum, Jerusalem, Israel, June 1996
Sachs House, Johannesburg, South Africa, June 1996
Jewish Museum, Capetown, South Africa, August 1996
Art Center, Seoul, South Korea, December 1998
The National Museum, New Delhi, India, October 1999
The Max and Iris Stern Gallery, Mount Scopus, Jerusalem, June 2003 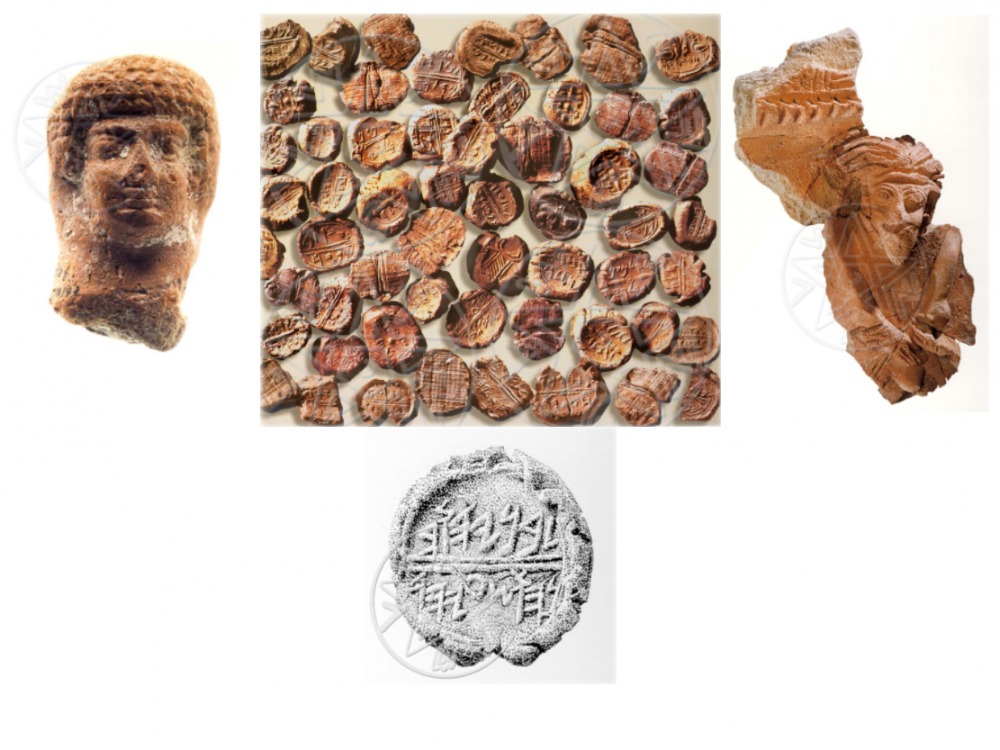