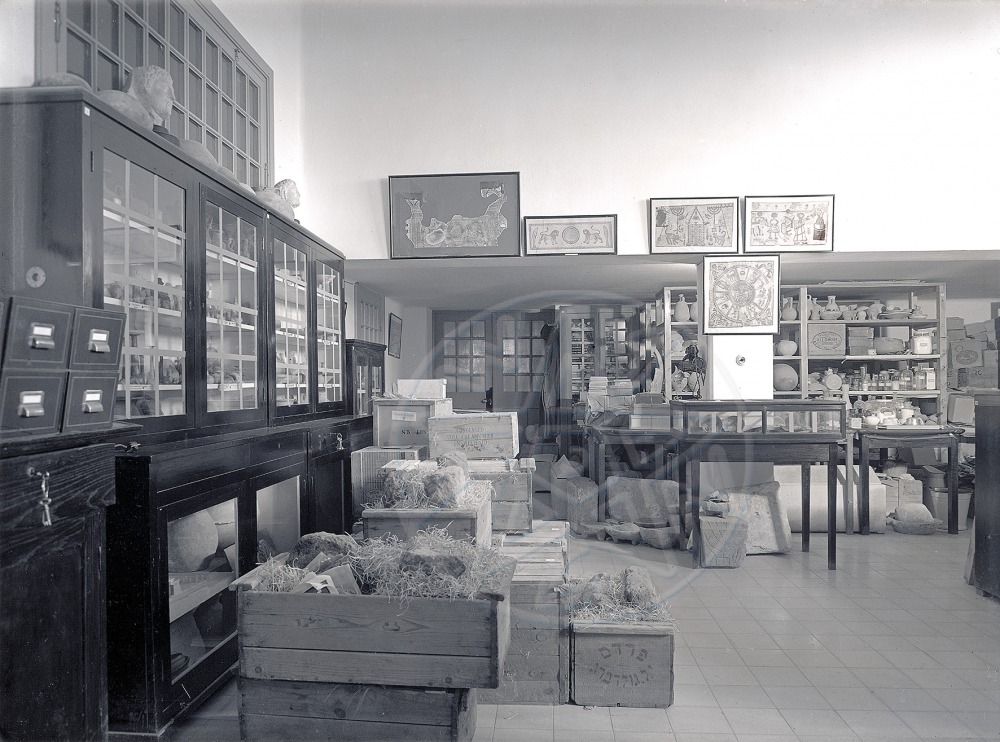 The Archaeological Collections Hall before the move to the Museum building (1930's),
(The Hebrew University Photo Archives).

"The Hebrew University has now been given the opportunity to create a unique cultural institution--a museum for the remains of the Jewish people’s past… as for these remains, we are not connected only to the geographical regions of the Land of Israel… our museum will be dedicated not to any specific country, but rather to the Jewish people whose circumstances scattered it throughout the different parts of the world…”The core of the Collections began with acquisitions and donations bequeathed to the Hebrew University through the efforts of the late Profs. E. L. Sukenik and B. Mazar, beginning with the inception of the Hebrew University. Over the years, and until today, thousands of artifacts have been added as a result of the Institute’s excavations throughout the land of Israel.

With the founding of the Museum for Jewish Antiquities by the late Prof. E. L. Sukenik in 1941, the Collections found a home on Mount Scopus. Following the War of Independence in 1948, Mount Scopus became an Israeli enclave in Jordanian territory, causing the cessation of academic activity on the University's campus. Thus, most of the Collections were moved to various locations throughout Jerusalem. After the Six-Day War in 1967, the items were returned to the original venue on Mount Scopus where they remain until today. 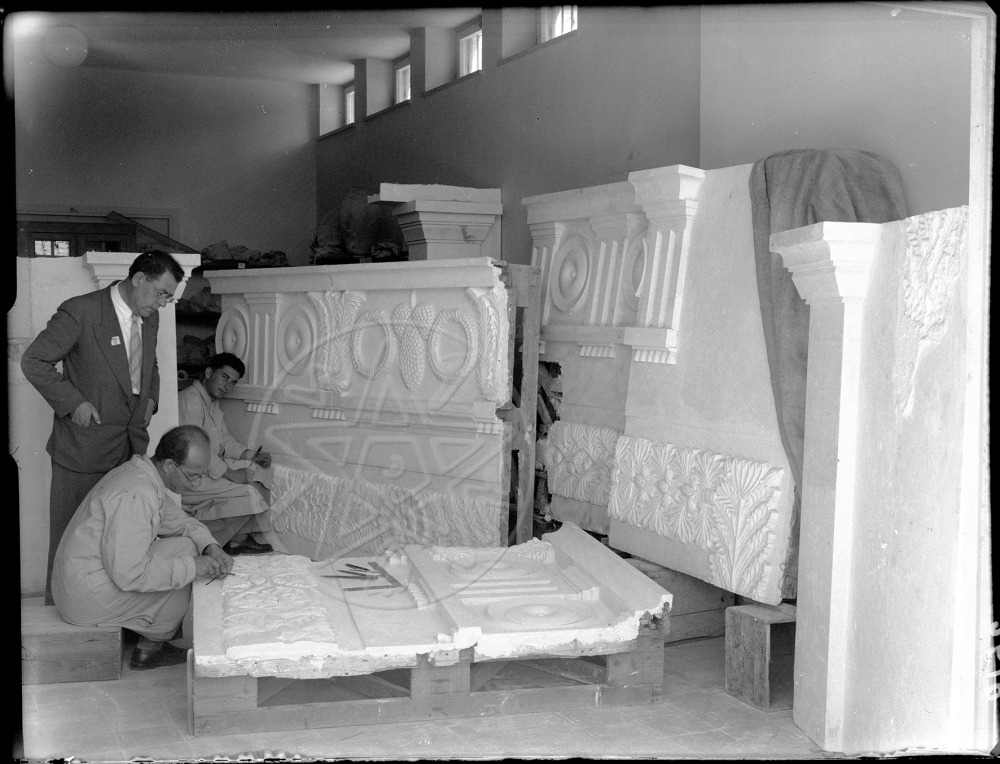 Preparation of a replica of the frieze from the Tomb of the Kings façade, in the Collections Hall of the Museum building, left: Prof. E. L. Sukenik (standing) (1940's), (The Hebrew University Photo Archives).