Our interest is human prehistory from the earliest occurrence of material culture in Africa over 2 million years until the shift to sedentary life and food production in the Levant some 10,000 years ago. The geographic perspective is global, with an emphasis on the Levant. Our core curriculum includes courses that focus on the variety of aspects involved in understanding the evolution of culture and cultural systems. These include, in addition to general introductory courses, advanced courses on Levantine prehistory, a hands-on course in lithic technology, prehistoric art, the evolution of complex societies, hunter-gatherer archaeology and ethnoarchaeology, hominin biological evolution and human osteology. In addition there are annual or semesterial elective monographs and courses on a variety of topics. A recent sample includes regional studies on the Lower Paleolithic in Africa and the Middle Paleolithic in Europe, the colonization of Australia and of the New World, the beginning of agriculture in North America, and monographs on style, decision making processes, diet, innovation and invention, human evolution, and many others. Some of these classes are open also to students from other departments in the Institute and in various faculties of the University.

Some of our teaching takes place in the field, in the form of intensive field courses dedicated to various issues and field excursions to key sites in Levantine and world prehistory, such as ‘Ubeidiya, Tabun and Qafzeh Caves, Eynan (Mallaha), Sha’ar Hagolan. Graduate studies are based on personally tailored academic programs. We encourage students to take courses outside the department in order to enrich their knowledge and to acquire additional intellectual tools.

The department includes four full-time teachers and two to three teaching assistants. Specialized courses are taught by additional outside teachers to make sure that we can offer courses on a large variety of subjects. There are opportunities for participating in excavations of various prehistoric periods. Department members are involved in research projects in Israel, the Georgian Republic and Ethiopia. Our graduate students (studying for their M.A. and Ph.D. degrees) are actively involved in these projects.

The department holds a lithic study collection of several thousand pieces, mostly from the southern Levant but some also from Africa and Europe. The departmental collections include samples of lithics assemblages from major sites such as ‘Ubeidiya, Gesher Benot Ya‘aqov, Hayonim, Qafzeh, Kebara and Amud Caves, the Jordan Valley Epipaleolithic sites, Kefar HaHoresh. A faunal comparative collection and the archaeozoological assemblages from these sites are currently housed at the Department of Ecology, Systematics and Evolution National Natural History Collections of the Hebrew University, in the Giv‘at Ram campus of the Hebrew University. 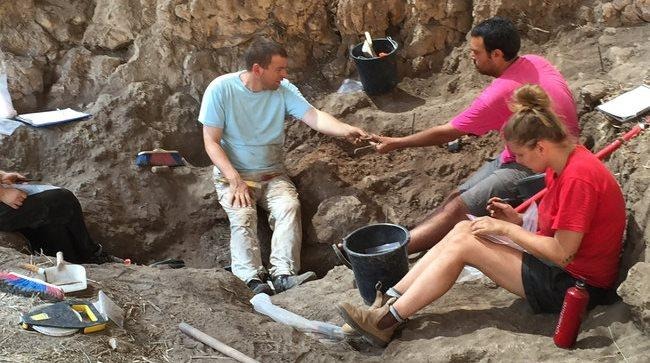