This large multi-layered tell is located in the Upper Galilee, northern Israel, 5 kilometers south of Metulla on the modern border between Israel, Lebanon and Syria, echoing the ancient border between Israel, Phoenicia and Aram in the Iron Age. Passing by the site are major highways, including the northern trunk of the Via Maris that joins the north-south road through the Jordan Valley, as well as east-west routes leading to Damascus and Mesopotamia in the northeast and to the Phoenician coast to the west (a mere 35 km).

Abel Beth Maacah is mentioned three times in the bible – one in a narrative of a Wise Woman who saves the town when a rebel against King David flees to it (2 Samuel 20) and twice in relation to military conquests, one by the Aramean Ben Hadad in the 9th century BCE (1 Kings 15:20) and the other by the Assyrian Tiglath Pilesar III in the 8th century BCE (2 Kings 15:29). The site is mentioned in several second millennium BCE sources as well, such as the list of Thutmosis III. A survey and excavations have shown that there was occupation from the Early Bronze Age II/III and up to modern times, with gaps in Middle Bronze IIA and Iron IIB; the peak occupation occurred during the Middle Bronze IIB and the Iron Age I and IIA.

Excavations at Tel Abel Beth Maacah are directed by Naama Yahalom-Mack and Nava Panitz-Cohen of the Hebrew University of Jerusalem and Robert Mullins of Azusa Pacific University in Los Angeles. Noteworthy finds to date include several Iron Age  cultic contexts, including a building with massebot dating to early Iron I, a room with massebot, mortars, an altar and a unique plastered installation dating to late Iron I, as well as a jar with over 400 astragali bones dating to Iron IIA. A significant find is a unique head of a bearded male made of faience that was found in a large citadel building at the top of the tell, dated to the 9th century BCE and possibly representing a local elite figure. Other significant finds include numerous jar burials dating to the Middle Bronze IIB, a small silver hoard in a jar dating to the Late Bronze IIB, seals, seal impressions and figurines from the Iron IIA, and an ink inscription on a storage jar dating to the late Iron IIA, the 9th century BCE. 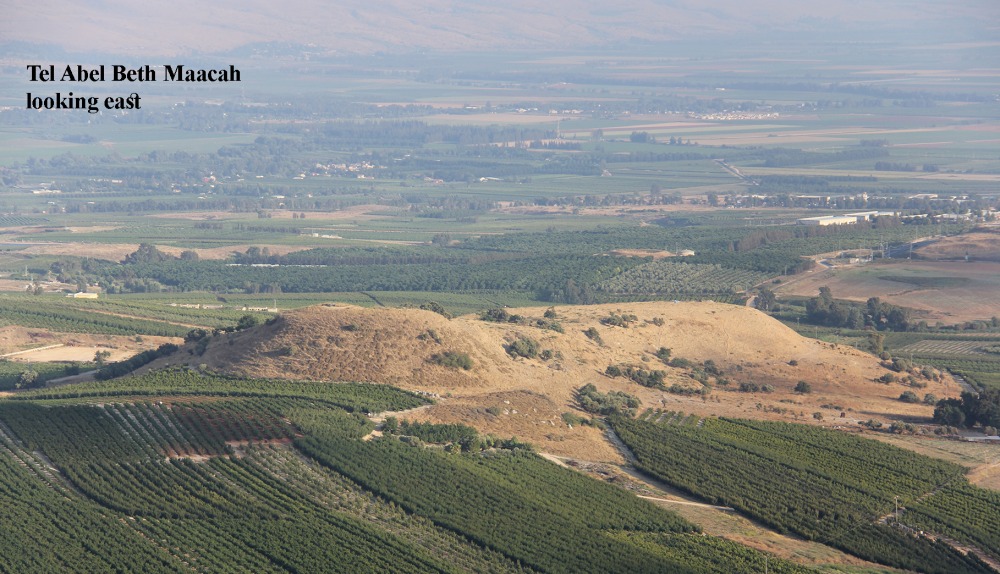 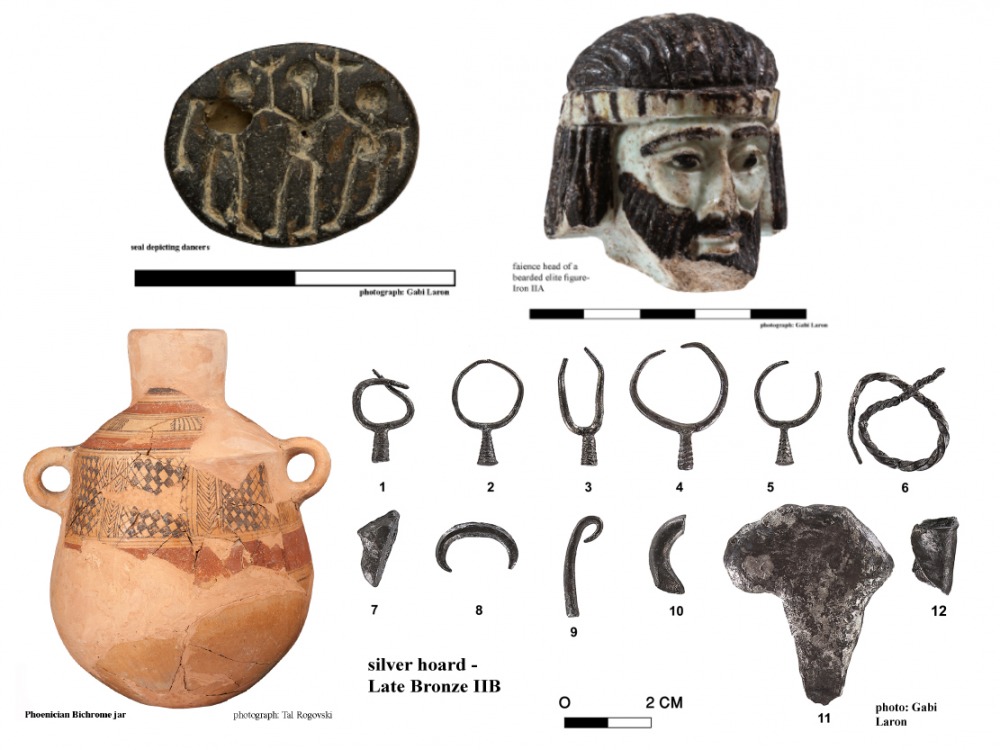