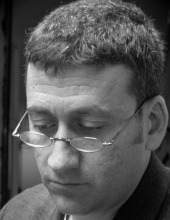 Two books have recently been published:

Two projects are in their final stages of preparation:

Together with Prof. Michael P. Streck of the Altorientalisches Institut, Universität Leipzig, Nathan Wasserman runs the internet site Sources of Early Akkadian Literature (SEAL) which comprises a hierarchical catalogue of all Akkadian literary texts of the 3rd–2nd millennium by genres and period. SEAL contains many new editions, commentaries and glossaries. 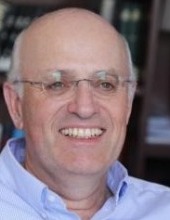 Eleazar L. Sukenik Professor of Archaeology
02-5882422
zeev.weiss@mail.huji.ac.il
Room 507. Office Hours: Mondays, 12:00-13:00
Room 507. Office Hours: Mondays, 12:00-13:00
Academia Page
ORCiD
Personal website
Read More
Zeev Weiss is the Eleazar L. Sukenik Professor of Archaeology at the Institute of Archaeology of The Hebrew University of Jerusalem. Trained in Classical Archaeology, he specializes in Roman and Late Antique art and architecture in the provinces of Syria-Palestine. His interests lie in various aspects of town-planning, architectural design, mosaic art, synagogues, Jewish art, as well as the evaluation of archaeological finds in light of the socio-cultural behavior of Jewish society and its dialogue with Graeco-Roman and Christian cultures. As Director of the Sepphoris excavations on behalf of the Hebrew University of Jerusalem since 1990, his work has contributed greatly to the understanding of the architectural development and character of the city throughout its history. Weiss has been a visiting scholar at Harvard University, the Institute for Advanced Study at Princeton (IAS), Princeton University, and the Institute for the Study of the Ancient World (ISAW) at New York University. He has published many articles as well as two major volumes: The Sepphoris Synagogue: Deciphering an Ancient Message through Its Archaeological and Socio-Historical Contexts (Jerusalem: Israel Exploration Society, 2005) and Public Spectacles in Roman and Late Antique Palestine (Cambridge, MA: Harvard University Press, 2014). Weiss is currently working on his next book, Sepphoris: A Mosaic of Cultures, which will offer an unprecedented perspective of the socio-cultural history of this Galilean city and will serve as an essential reference for future study of the multifaceted life of Jewish society in late antiquity. 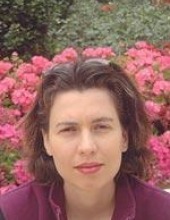 naama.yahalom@mail.huji.ac.il
Read More
Lecturer at the Institute of Archaeology, in the Biblical archaeology department. Specialized in archaeometallurgy (the study of ancient metals) in the Bronze and Iron Ages.

Ph.D. dissertation topic: Bronze in the Beginning of the Iron Age in the Land of Israel: Production and Utilization in a Diverse Ethno-Political Setting. Advisors:  Prof. Ami Mazar (Hebrew University), Dr. Sariel Shalev (Haifa University and Weizmann Institute for Science. 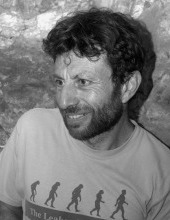 Human cultural and behavior evolution during the Lower and the Middle Paleolithic; Modern humans & Neanderthals interactions; origins of modern humans; early hominins dispersals and colonization of the Levant; origin of the Levallois technology.