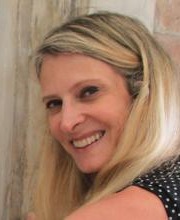 Katia Cytryn-Silverman specializes in Islamic archaeology, and is a lecturer at both the Institute of Archaeology and the Department of Islamic and Middle Eastern Studies of The Hebrew University of Jerusalem, teaching undergraduate and graduate studies.

She directs the excavations at Tiberias at the Sea of Galilee (http://tiberias.huji.ac.il/) since 2009. Her project, focused on the Islamization of the classical city and the study of its monumental Friday mosque, has been supported by various funds, including Van Berchem Foundation, Hirschfeld Memorial Fund, Amiran Fund of the Institute of Archaeology of the Hebrew University, Israel Science Foundation (as part of the collaborative project headed by R. Amitai – The Formation of the Islamic Society in Palestine (http://islamization.huji.ac.il/) and Thyssen Foundation.

She has co-directed excavations at Khirbat al-Minya (2005-2006) with M. Rosen-Ayalon and architect G. Solar, apart from participating in other archaeological digs, often as a specialist in ceramics of the Islamic period, a topic she commands since her MA studies (The Settlement in Northern Sinai during the Islamic Period, summarized in J.-M. Mouton (ed.), Le Sinaï – de la conquête arabe à nos jours, IFAO, Cahier des Annales Islamologiques 21, 2001, pp. 3-36). She has written various articles and chapters on the ceramics of various excavations (including Jerusalem and Ramla), apart from teaching and advising on the subject.

She has surveyed and researched the road-inns in Palestine towards her PhD thesis (1998-2004), and the results have been published in Cytryn-Silverman, K. The Road Inns (Khãns) of Bilãd al-Shãm, BAR International Series 2130, Oxford 2010. She has also written various articles on the subject of roads and road-inns during the Islamic period, and remains involved in the research on the topic. She will contribute an entry on this subject to Oxford’s Handbook of Islamic Archaeology, being edited by B. Walker.

Cytryn-Silverman has participated in various conferences and workshops in Israel and abroad, and also organized local and international events. Soon the results of the international workshop co-organized with D. Talmon-Heller at Ben-Gurion University in 2009 will come to light at in Material Evidence and Narrative Sources: Interdisciplinary Studies of the History of Islamic Societies, Proceedings of the 14th Annual Workshop of the Department of Middle East Studies at Ben-Gurion, University of the Negev, June 30th – July 2nd 2009 (Brill: Leiden, forthcoming in 2014). The proceedings of the international seminar co-organized with K. Damgaard and held under the auspices of the W.F. Albright Institute for Archaeological Research at the École biblique et archéologique in Jerusalem, 7th-8th February 2013, will be published in collaboration with D. Whitcomb by Chicago’s Oriental Institute Publications Office.

Cytryn-Silverman is also on the editorial board of the Journal of Islamic Archaeology (chief editor, B. Walker), and often acts as an external reader for the Israel Antiquities Authority publication department. In the past she has also worked as an assistant curator at the Collections Hall of the Institute of Archaeology (1988-1993), in charge of the Islamic study collection, but also involved in the organization of exhibitions.

During the last three years (2011-2013) she co-directed a hands-on summer course together with R. Milstein, also of the Hebrew University. This practical course, subsidized by the Council for Higher Education and Yad HaNadiv, was first conducted at Ashqelon (excavations by L. Staeger and D. Master) and then at Tiberias. The course attracted students from various universities in Israel and from abroad.