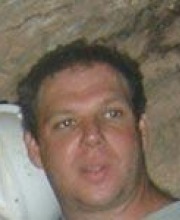 I am honored to have received most of my training as a field archaeologist and researcher at the Hebrew University's Institute of Archaeology, with additional guidance given from such esteemed research facilities as the Dumbarton Oaks Library and Archives of Harvard University; the Deutsches Archäologisches Institut Research Library in Rome; and the Frankel Center for Judaic Studies at the University of Michigan, Ann Arbor, where I also completed my post-doctoral studies (2008–2010).

At the start of my journey, I participated in the excavations of the late Prof. Ehud Netzer at the Hasmonean Palaces and Herod's Palaces at Jericho (1993–1994), as well as at his excavations at Masada (1995) and Herodium (1997–2000). It was from Prof. Netzer that I first gained real field experience and a deep understanding and appreciation of Hasmonean and Herodian architecture. During this time I also served as his research assistant, benefiting greatly from his mentorship in learning to conduct my own research.

Alongside the above-mentioned projects, I also took part in fourteen annual excavation seasons (1992–2005) in Netzer's Sepphoris excavations, co-directed with Prof. Zeev Weiss. Here I both honed my skills as a field archaeologist and sharpened my knowledge of the Roman-Byzantine archaeology of the Land of Israel.

My first chance to direct an excavation on my own came in 1996, at the site of Ramla's White Mosque. With it came the challenges not only of overseeing a large-scale project—42 excavation squares and 50 laborers—but also being exposed to Islamic archaeology for the first time. And, indeed, this excavation uncovered remains dated to the very founding of the city in the Umayyad period. In 2010 I published the results of this excavation in the Institute of Archaeology's Qedem monograph series, a report that has come to be viewed as a milestone in the scholarship of the Islamic period in the Land of Israel in general, and of ancient Ramla in particular.

In 1998 my study of the Islamic period continued with my collaboration with the late Prof. Yizhar Hirschfeld in an excavation at the southern outskirts of Tiberias. Our work uncovered the largest Islamic-period metal vessel hoard known in the world—numbering some 1000 items—along with 52 of the rare anonymous folles coin type, which depicts the bust of Jesus and features an inscription praising his name. These extremely rare coins thus far constitute the sole examples that have been discovered in an orderly, scientific excavation, which is what has enabled their secure dating to the 10th century. The results of this excavation were also published in the Qedem series (2008).

Following the Tiberias excavations, I reverted to the Second Temple period by beginning a project at another exceptional site: the hewn tunnels of Nahal Sekhakha, at the foot of Hyrcania in the Judean Desert (2000–2006). Dated to the Hasmonean or Herodian period, these deep, narrow tunnels comprise a unique phenomenon in the archaeology of the Land of Israel. Six years, however, after the last excavation season, their purpose has yet to be fully understood. The entrances to two more such tunnels were recently uncovered in a survey I carried out in the vicinity of the original tunnels, and their excavation, planned for the coming year, will hopefully resolve the mystery. It was also over the course of the six years of excavation of the original tunnels that I began and neared completion of my doctoral dissertation (2007).

Under the guidance of Prof. Yoram Tsafrir, I chose to examine two massive building enterprises undertaken by the Emperor Justinian in Jerusalem during the 6th century CE: the Cardo and the Nea Church. These two monuments were originally exposed by the late Prof. Nahman Avigad of the Hebrew University in his excavations in the Old City's Jewish Quarter. His work continued for over fifteen consecutive years, but produced no final report.

Within the framework of my research I gathered and organized the massive amounts of unpublished field reports and plans, processing and analyzing the varied finds, filling in missing details and updating architectural plans and sections. In addition to a straightforward stratigraphic and architectural analysis based upon the physical remains, I also undertook a thorough discussion of the various contemporaneous (Late Byzantine and Early Islamic) literary sources, written by Christian, Muslim and Karaite authors, which contained mention of the Cardo or Nea. I wish to stress that these sources, together with a comparative analysis of other churches in the Byzantine Empire, also aided me in proposing a new, more balanced reconstruction of the Nea Church.

I believe, however, that my dissertation's main contribution to our knowledge of Byzantine-period Jerusalem lies specifically in matters of dating and function. In attributing without a doubt the construction of the southern branch of the Cardo to Justinian, a topic long under dispute, I have also changed what we know of the city layout as a whole during the Byzantine period—as well as in the time of Aelia Capitolina. I was also able to determine the dating of the final abandonment of the church, adding to what we know of the state of Jerusalem's Christian community during the Early Islamic period. My research would become the basis for the fifth volume of the Jewish Quarter Excavations Final Report series (2011).

As part of my work on Avigad's material, and together with Mr. Hillel Geva, editor of the Jewish Quarter Excavation series, I carried out a salvage excavations at the sites of the "Hurvah" and "Tiferet Israel" Synagogues in the Jewish Quarter (2003–2005, 2012-2014). The excavation areas constituted an island of sorts in Avigad's original excavation site, and provided a rare opportunity to literally reexamine his stratigraphic conclusions.

Reverting again to the earlier Classical periods, since 2005 I have excavated at the site of Horbat Beit Loya in the southern Judean Lowland, uncovering the remains of a prosperous Idumean village from the Late Hellenistic period. The site is dotted with finely hewn subterranean agricultural and industrial installations, and also features an imposing watchtower. Also exposed were traces of a conflagration layer attributed to the Hasmonean conquest of Idumea toward the end of the 2nd century BCE, after which the settlement seems to have transitioned into a thriving Jewish village. Evidence of this new demographic—or of the conversion of the existing residents—is reflected in the numerous ritual baths, stone vessels, graffiti of seven-branched candelabra and defaced pagan symbols discovered at the site.

The topic of the Judaization of the Judean Lowland in the early Hasmonean period was at the heart of my research during my post-doctoral fellowship at the University of Michigan. I have presented my findings in a number of conferences both in Israel and the United States, with an article presently in an advanced stage of preparation.

The nearly twenty years of fieldwork that I have been involved in have exposed me to sites richly varied in their dating and nature. I would also like to note that years of heading excavation teams has also given me a great deal of expertise in the area of financial management, as well as knowledge of fund-raising for both excavations and finds publication.

Alongside my research and fieldwork, I have always been involved in teaching—be it at the Hebrew University, the University of Michigan, or as a guest lecturer at various institutions. The high marks that I consistently received in student questionnaires reflect the great importance that I have always placed on instruction and on my ability to convey ideas and encourage discussion. But instruction is not limited to the classroom, and I had always supplemented the formal instruction with fieldwork and fieldtrips. Indeed, already as a graduate student, I helped organize a number of trips for the Institute of Archaeology to various archaeological destinations in Israel, Jordan, Greece, and Turkey. Moreover, my excavations themselves have attracted students from universities both in Israel and abroad.