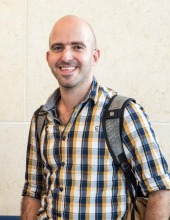 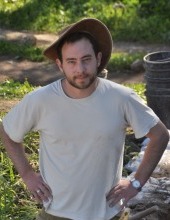 Thesis summery: Egyptian Governors Residencies is an architectural type found in the southern Levant during the LBIIb period. The type was first introduced by petrie in 1930, and since than it has become the main architectural type to be recognized with the Egyptian occupation of the southern Levant in the Late Bronze period (parallel to the New Kingdom in Egypt). Our understanding of the Egyptian presence in the southern Levant during the New Kingdom is still very basic, and there are many unresolved questions revolving the matter. My research aims to dismantle and reassemble this architectural type, using parallels from Nubia and Egypt. In doing so, I hope to reach a better understanding of some of the questions concerning the Egyptian occupation of our region. 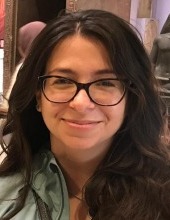 keren.nebenhaus@mail.huji.ac.il
Read More
M.A. thesis topic: In many Prehistoric sites, there is evidence that people have been collecting "unusual" natural objects from the environment. Since these objects are rarely modified and were not used as tools, there is currently no established methodology for studying them. In my research, I attempt to establish a framework for defining. identifying, documenting, studying and interpreting this type of objects. The research also includes two case studies from the late Natufian period in the Southern Levant.

timna.raz@mail.huji.ac.il
Read More
M.A thesis: Building a methodology for the identification of ancient agricultural fields in the Jordan Valley

Abstract:  The transition from hunting and gathering to agriculture is one of the most profound and transformative changes in human history. Currently the evidence for this transition are either secondary, or indicate the end of the process, hence domesticated cultivars. This research aims to develop a new methodology for the direct identification of ancient agricultural activity in the soil. This research is based on ethnography of traditional dryland agricultural practices, building a model for geographical analysis of potential sites for ancient agriculture, and testing of Geo-archaeological methods used for the identification of agriculture in later periods and different geographical settings, on selected sites in the Jordan Valley. 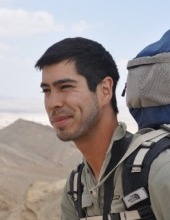 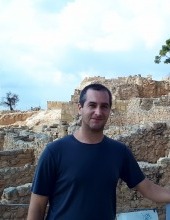 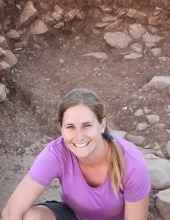 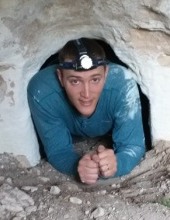 M.A. Research Topic: Dice and Board Games in the Private Sphere in Palestine During Late Antiquity

Abstract: In my research, I plan to examine various aspects of dice and board games, in both the practical and cultural aspects. This research will include an analysis of the archaeological findings from Sepphoris in order to characterize and define the different games and comparing the Sepphoris findings to those from other sites. I will also examine the historical sources which have information about games in the Roman world in order to determine if the findings in Sepphoris match the sources. In addition, I will examine the Rabbinic sources concerning dice and board games. The goal of the research is twofold. First, to provide information about the games themselves, and second, to examine the attitude of the Sages toward these games and those who played them. Of special interest is to determine whether in a city like Sepphoris, with a mixed Jewish and Pagan population, is it possible to define specific games which were played by only one of the populations and not the other? Or were these games a meeting place between the Pagan population to the Jewish one? These are just some of the questions which arise from the research I would like to carry out.

At the late Natufian site of Nahal Ein-Gev II, flint perforators are highly abundant. Alongside them, several groups of perforated items are evident as being crafted on site. Among them drilled shell disc beads are known in the Natufian ornamentation tradition. A group of perforated stones, however, does not appear in a Natufian context, and their function is not clear. The current study focuses on the stone items, on describing their morphology, analysing the early drilling technology, and illuminating functional aspects.

Research methodology uses 3-D scans that extract high-resolution geometrical data, and processing it with analytical tools developed at the Computerized Archaeological Laboratory (Hebrew University). Together, practical experimentation is designed to answer technological questions, and the experimental items are scanned for comparison. Consequently, it is possible to approach the technology of early hole-making, quantify the variation between different drilled holes, compare between perforating tools and perforated items, and identify details regarding the perforated stones use-wear and function. More generally, this study is an attempt to reconstruct a variety of crafts held at the Natufian village, and to shed light upon new daily life aspects of a complex culture in the transition to agriculture.