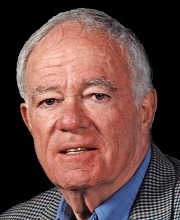 Born in 1935 in London, to parents who would later become well-known Freudian psychoanalysts, and brought up in Tel Aviv, Dan Barag's interest in archaeology was kindled at an early age. In 1956 he moved to Jerusalem to study archaeology at the Hebrew University of Jerusalem.

His Ph.D., completed in 1971 under the guidance of Prof. Nahman Avigad and Prof. Donald Harden, was devoted to the study of glass vessels in ancient Palestine; this was followed by a long list of articles on the ancient glass industry. His publications and accomplishments in the study of ancient glass earned him international recognition, and he served a term as Vice President of the Association Internationale pour l'Histoire du Verre. He was also interested in the study of ancient Jewish art.

His main specialisation, however, was the field of numismatics. He served for some 30 years as President of the Israeli Numismatics Society and as the editor of its journal, Israel Numismatic Journal, since 1980. Dan Barag participated in several Hebrew University excavations, including Tell Qasile, Hanita, Nahariya and Beth She‘arim, and was involved in the publication of their finds. He headed the expedition that exposed the synagogue at ‘En Gedi, a structure that served the local community from the third century CE until the end of the Byzantine period.

In 1968, upon his return from London, where he had worked on his Ph.D., he served as assistant to Prof. Nahman Avigad. In 1970, Dan Barag joined the Institute of Archaeology of the Hebrew University, and he continued to teach there until his retirement in 2003. He was a dedicated teacher, imparting to his students extensive knowledge in a wide variety of fields pertaining to the material culture of the Land of Israel, from the Hellenistic period to the end of the Byzantine period.

From 1969 to 1975, Dan Barag served in various capacities in Israel Exploration Journal, first as associate editor, then as co-editor with Prof. Michael Avi-Yonah, and from 1973 as editor. He served on the Editorial Advisory Board of IEJ until his death.

Dan Barag wrote over 150 articles and studies, published in Israel and abroad, on diverse topics, ranging from Hellenistic to Hasmonaean and Herodian times and including the Bar Kokhba Revolt and Crusader Jerusalem. He also made important contributions to the fields of historical geography, bullae and weights, burial tombs, Herodian architecture and Jewish art. His most notable publication is his book, Catalogue of Western Asiatic Glass in the British Museum (London, 1985). Dan Barag's wide-ranging work will undoubtedly serve as a lasting testament to his contribution to the archaeological research of Israel.