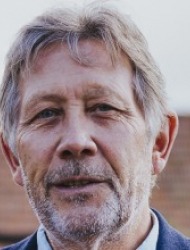 Professor in the Prehistoric department, Institute of Archaeology. My research interests include: the development of mobile hunter-gatherer groups and the transition to sedentary life and an economy of agriculture and pasture in the Near East.

I have led surverys and archaeological excavations in the Negev and Sinai (some of which are still ongoing), as in other areas of the Southern Levant. Recently, a long running excavations of Kfar HaHoresh, a Neolithic burial and ritual site, came to an end. I am a participant in the "Religion as the Basis for Power and Property in the First Civilizations" project at Neolithic Catalhoyuk, Turkey, directed by I. Hodder (Stanford University, USA). I am also involved in the Early Neolithic in Aşikli Höyük in Cappadocia, Turkey, directed by M. Özbaşaran (University of Istanbul, Tureky).

Past and Present M.A. Students

Lena Brailovsky-Rosker: The PPNB Sickle Blades from Galilee Typo-Chronological and Stylistic Analysis as a Key for Understanding Ancient Agricultural Practices and Social Traditions.

Neta Friedman (ongoing). GIS analysis of subsistence strategies and mobility patterns during the Middle and Late Epipaleolithic in the Negev and Sinai.

Sorin Hermon: Survey Methods and Practices: A Case Study from the Northern Negev. (Graduated 1995/6). (with Prof. A. Belfer-Cohen). Currently a faculty member at the Cyprus Institute, Cyprus.

Naomi Korn: The Uses of Ochre in the Late Quaternary of the Southern Levant. (with Prof. A. Belfer-Cohen).

Ofer Marder: Technological Aspects of Epipalaeolithic Flint Industries in the Levant: Reduction Sequences of the Ramonian Industry in the Negev. (with Prof. A. Belfer-Cohen).

Netta Mitki: The Chaîne Opératoire at Nahal Lavan 1021: A Pre-Pottery Neolithic B Knapping Site in the Western Negev.

Josette Sarel: The Heavy Duty Flint Assemblages from the Natufian Site of Mallaha (Eynan). (with Prof. A. Belfer-Cohen).

Past and Present Ph.D. Students

Itai Abadi (ongoing): The end of the Upper Palaeolithic and beginning of the Epipalaeolithic in the Southern Levant.

Uzi Avner: Research on the Material and Spiritual Culture Remains of Populations in the Negev and Sinai from the 6th-3rd Millennia BC. (with Prof. A. Mazar). Currently a Researcher at the Dead Sea-Arava Science Center.

David Eitam: Archaeo-Industry of the Natufian Culture: Installations and Ground Stone Tools in the Late Epipalaeolithic in the Southern Levant. (with Prof. A. Belfer-Cohen).

Ofer Marder: The Lithic Technology of Epipalaeolithic Hunter-Gatherers in the Negev: The Implications of Refitting Studies. Currently a faculty member in the Department of Bible, Archaeology and Ancient Near East, Ben Gurion University of the Negev.