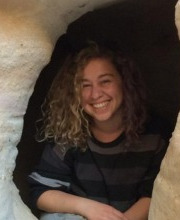 Abstract: The development of durable stone structures within the context of incipient villages in the late Epipalaeolithic unto the early Neolithic is a major innovation, as they are the physical manifestations of developing group dynamics and changes in human-environment relationships. Changes in the physical characteristics of structures, new building materials and methods reflect changes in the social dynamics and usage of the landscape, alongside the ‘invention’ and developments of technical knowledge. The large-scale building efforts go hand-in-hand with other massive cultural and economic shifts – mainly the settling of substantial, sedentary villages and the gradual domestication of plants and animals. These early structures echo another domestication process, that of the landscape, and the increase and sophistication in the utilization of natural resources.

Many structures have been excavated and described throughout the Levant, and many studies have attempted to infer social structure and dynamics. Yet there is a paucity of studies concerning a more direct approach to the analysis of structures, the materials of which they are made, how they were built, and their role in understanding long-term neolithization processes.

This project aims to address several key-questions regarding the architectural remains of the Natufian culture and the early Neolithic in the southern Levant. I aim to investigate several aspects of construction such as building techniques, roofing methods and the advent of building materials (such as the early employment of mud and lime-plaster), as well as stylistic choices involved in the construction of prehistoric buildings. These issues will be addressed with a novel set of tools, both computational and micromorphological. Computational tools include GIS and new tools developed at the Computational Archaeology Laboratory at the Hebrew University. Micromorphological tools include phytolith, chemical and micromorphological analyses of sections and materials. This combination of tools is unique and has yet to be employed to better study the role of architecture and built environments in the development of sedentary villages.

My research endeavors to expand the understanding of this important transition in human history, from hunter-gatherers to the sedentary village life of the Neolithic populations, and to develop a comprehensive set of tools that will be widely applicable to the analysis of architectural remains.