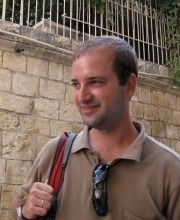 PhD research: The Monasteries of the Betä Ǝsraʾel (Ethiopian Jews)

My research focuses on Betä Ǝsraʾel monasteries and on the physical lives and practices of Betä Ǝsraʾel monks. As part of this research, written sources shedding light on these monks and monasteries are being examined, and interviews focusing on these issues are being conducted. A central aspect of the research is an archaeological survey, aimed at locating and documenting the remains of the monasteries in Ethiopia. In this way, it is possible to shed light on the characteristics of the monasteries, on the way of life of the monks and on characteristics that distinguish Betä Ǝsraʾel monasticism in comparison to other monastic movements.

Kribus B. (forthcoming) The Creation of an African Sheba? The Impact of Pre-Christian Cult and Culture on Aksumite Christianity, Proceedings of the 19th International Conference of Ethiopian Studies.