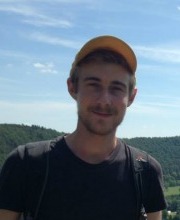 Bifacial stone tools, primarily handaxes and cleavers, are the hallmark of the Acheulean period. Despite more than a century of research exploring these bifaces from a growing number of sites, their morphological variation in time and space remains enigmatic. This PhD project seeks to quantify the degree of variability of bifaces from sites in Africa, the Levant, South Asia and East Asia. Typical analyses of bifaces rely on two-dimensional measurements which oversimply their complex three-dimensional variability. For this project, three-dimensional scanning and analysis methods are used to better capture this variability as well as extract key technological variables, such as centre of mass, axes of symmetry, outline morphology, volumetric variation and scar segmentation. Key questions to be addressed include whether biface morphology is better explained by cultural or technological factors, as well as whether diffusion or convergence was responsible for their wide geographic spread.

Additional research interests include experimental investigations into the evolution of lithic technology, with a particular emphasis on cognition, skill, efficiency and standardisation. Other work includes lithic analysis at Boncuklu, an early Neolithic site in Turkey, as well as improving methods and applications of measuring lithic reduction intensity.